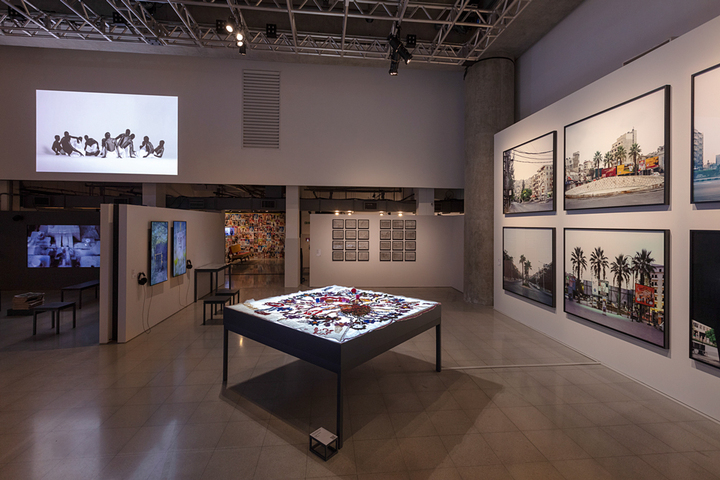 
Entitled "Memory is an Editing Station”—a phrase taken from a poem by Waly Salomão (1943–2003)—Biennial Sesc_Videobrasil reaches its 22nd edition in 2023, after being postponed for almost two years due to the COVID-19 pandemic. Curated by Raphael Fonseca, from Brazil, and Renée Akitelek Mboya, from Kenya, the Biennial also celebrates the fortieth anniversary of Videobrasil, initially devoted to video, and which has expanded over the decades to encompass a broad range of artistic languages.

In this celebration, "it is, therefore, necessary not only to reflect on time and the many conceptions of memory, but also to revisit the importance of video in these four decades," write the curators. It is also worth remembering that in contemporaneity the possibilities for image editing were transformed, and have become more agile and within reach of our fingers in a range of technological devices we use every day.

Far beyond these particular "editing stations," the 22nd Biennial seeks works that address collective memories, acts of remembrance and forgetfulness that build historical and social narratives, related to peoples, nations and geographies. "What are the ethical boundaries of a cut? Who holds the power to do so? How to forge the memory of what we didn't see or feel in our bodies? What are the limits of memory?", the curators ask.

The Biennial will take place in October 2023 at Sesc 24 de Maio, in São Paulo.

Researcher in the areas of art history, criticism, curatorship and education. He has a special interest in the relations between art, visual culture and history in their various conceptions. The juxtaposition of different temporalities and how this can trigger contemporary reflections for audiences is of great importance in his practice. Humor, absurdity, pop culture and the notion that an exhibition relates to the ideas of assembly, set design and spectacle has grown among his research interests. Fonseca is the first associate curator of modern and contemporary Latin American art at the Denver Art Museum, USA. He worked as a curator at MAC Niterói between 2017 and 2020. He holds a doctoral degree in Art Criticism and Art History from the State University of Rio de Janeiro (UERJ), and has received the Marcantonio Vilaça Curatorship Award (2015). Among his recent exhibitions are Who tells a tale adds a tail (Denver Art Museum, 2022), Raio-que-o-parta: fictions of modernity in Brazil (Sesc 24 de Maio, 2022), The silence of tired tongues (Framer Framed, Amsterdam, Netherlands, 2022), Sweat (Haus der Kunst, Munich, Germany, 2021-2022), Shuttle (Centro Cultural Banco do Brasil – São Paulo, Brasília, Rio de Janeiro and Belo Horizonte, 2019–2020), Lost and found (ICA Singapore, 2019), Sonia Gomes – life is reborn, always (MAC Niterói, 2018), and The sun teaches us that history is not everything (Osage Art Foundation, Hong Kong, 2018). 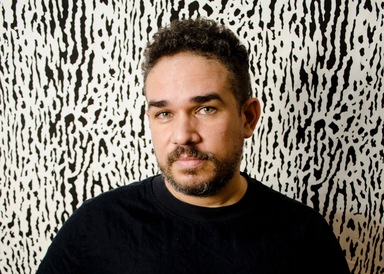 Writer, curator and filmmaker. Her work addresses biography and storytelling as a form of research and production. Mboya is currently concerned with looking to and talking about images and the ways in which they are produced, but especially how they have come to play a critical role as evidence of white paranoia and as aesthetic expressions of racial violence. Considering that, Mboya seeks a better understanding of the ways in which such images are used to reinforce the institutionalized narrative of the racialized body as a constant danger to law enforcement. Among her most recent projects are Sweet Like Honey (Northern Corner Gallery, Musanze, 2022) and A Glossary of Words My Mother Never Taught Me (Cell Project Space, London, 2021). Mboya works between Dakar and Nairobi, and is a collaborative editor at the Wali Chafu Collective. 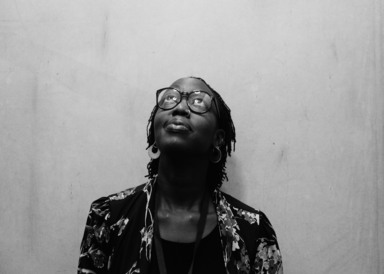 MEMORY IS AN EDITING STATION

"Memory is an editing station—a nameless / passerby says, in a nonchalant manner, / and immediately hits delete and also / the meaning of what he wanted to say"—with these verses, Waly Salomão (1943–2003) opens his poem "Open Letter to John Ashbery," part of his book "Algaravias: Echo chamber," completed in 1995.

Waly Salomão is an unavoidable name in the history of culture in Brazil; extremely active since the 1960s, his name can be associated with many narratives related to literature, music, visual arts, audiovisual, performance, and theater. Known for his expansive, verbose and casual way of seeing and interacting with the world, Salomão experimented especially with the many forms of writing, proclaiming and spatializing the word, verse, and prose. Like other artists of his generation, he followed both the counterculture movements in Brazil during the period of the military dictatorship, as well as the new democratic breaths and the hope surrounding a new country project at the beginning of the 21st century.

This iconic phrase by Waly Salomão is in line with the celebratory tone of this 2023 edition of Videobrasil: this is the event's fortieth anniversary. It is, therefore, necessary not only to reflect on time and the many conceptions of memory, but also to revisit the importance of video in these four decades. In 1983, the video was primarily associated with the concentrated power of television; nowadays, following the poet's reasoning, we tend to edit our own memories quickly through the touch of our fingertips.

Let us read his sentence carefully: how does the equation between remembering and forgetting come about? What would we cut out and insert into our memories? Which harrowing events that have collectively affected us since the event's last edition in 2019 are worthy of a thorough analysis, like working in an editing room? What are the ethical boundaries of a cut? Who holds the power to do so? How can a sequence of images revisit narratives concerning a family, nation, or geographic region? How to forge the memory of what we didn't see or feel in our bodies? What are the limits of memory?

We invite, therefore, applications of artists whose trajectories and individual works can somehow echo and make the relationship between editing and memory even more complex. It is from the collective—and indeed non-linear—presence of their research that the 22nd Biennial Sesc_Videobrasil will take place. If a certain nostalgia and memory exercise is necessary for the occasion of the celebration of its four decades of existence, it is in the Biennial's interest that, as in its previous editions, our eyes are attentive to artists and propositions that teach us new ways of thinking the world.

Some artists favor an attachment to the raw material of memory and refuse any cut; by contrast, other people will prefer the flashes and the "less is more" approach. Regardless of their existential and artistic interests, we—alongside the audience—want to learn about their practices and ways of manipulating their editing stations. 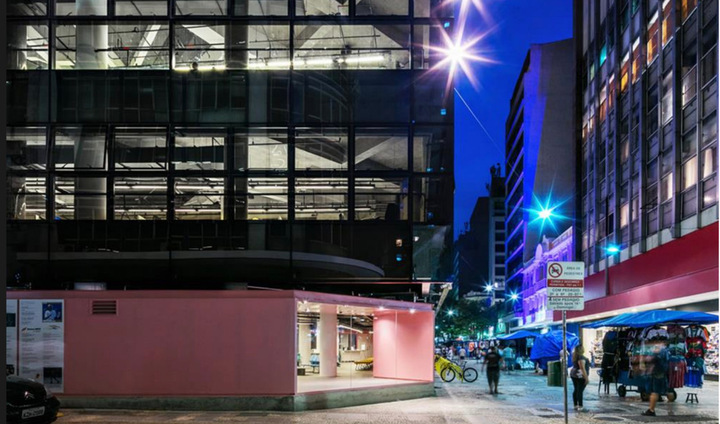 Inaugurated in 2017, Sesc 24 de Maio is located in a neuralgic region of downtown São Paulo. It is located on the corner of Rua 24 de Maio and Rua Dom José de Barros, close to Vale do Anhangabaú and the Municipal Theater, Praça da República and iconic buildings in the city, such as Esther, Itália, and Copan. The project is a realization by Paulo Mendes da Rocha with Estúdio MMBB Arquitetos, covers 27 thousand square meters of covered area, and contributes to the recovery of this remarkable area of the city.